I don’t remember how exactly I came across this passage, but it was probably a couple of weeks ago while I was sifting through my computer archives for pictures that I could print out and send as Christmas cards. In any case, it comes from a letter that I wrote to a loved one in the spring of 2008, as I prepared to leave Tassajara after my second two-year stretch, before I moved to City Center to become the tenzo (I seem to recall, if you wonder why I would be writing on my laptop when Tassajara famously has no internet access, that I would put the words, and perhaps a few photos, on a thumb-drive, and send them out in the mail whenever Keith came in).
I was surprised to read these words, not for the content, which feels very familiar, and still true, but for the fact that I felt that way at the time – in the way I tell the story now, as I do on the Roaming Zen page here, I thought the feeling came more to light during my next spell of monastic training in 2012:

‘I do love life here, as you know, and have been thinking about how many amazing things have happened in the last month, it’s just that very few of them happened in the zendo. I just have to keep remembering that life here is not just about sitting, though I want to make the most of this opportunity to do so much, but also about the beautiful expeditions and the crazy weather, and the bathhouse and the stars and hot water bottles and playing with rocks and studying with a cup of coffee and all those other things.’ 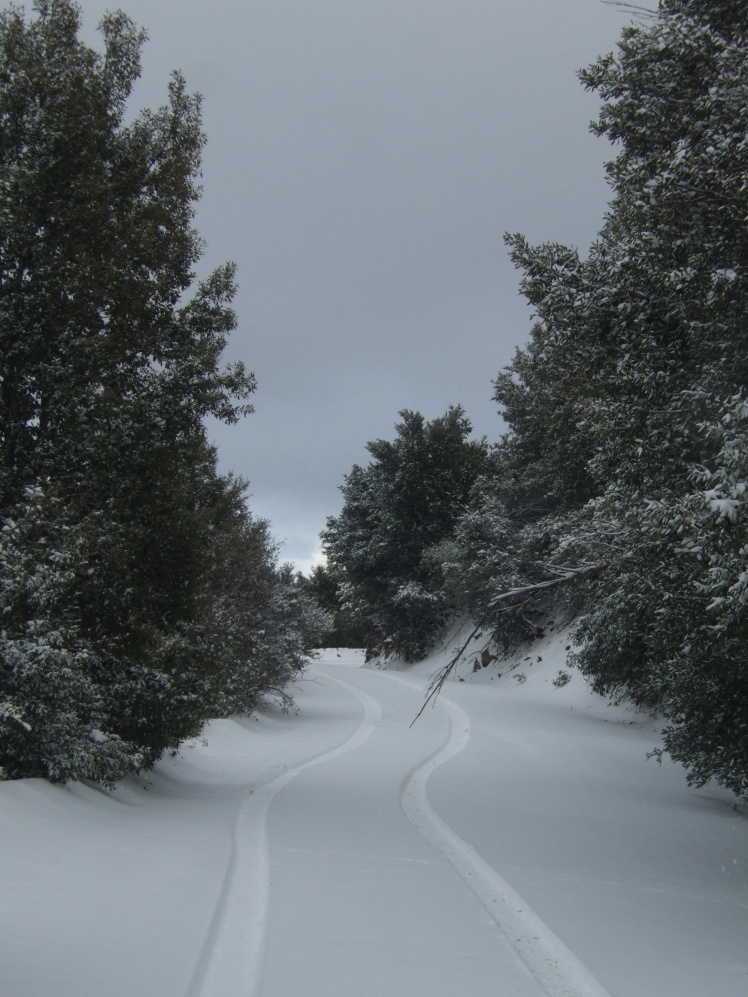 This is one of the pictures I sent family and friends for Christmas – the wonderful experience of driving out of Tassajara at the end of a three-month practice period and having deep, almost untouched snow up on the ridge. It was not like that when we went in last week… 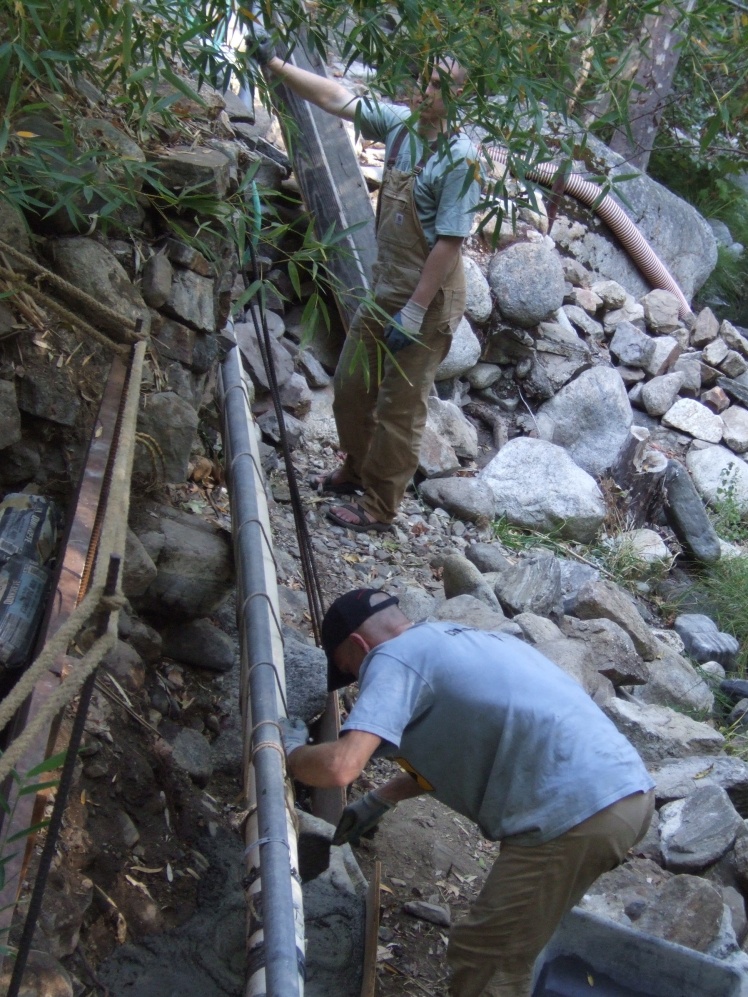 I came across this picture from roughly that time period while looking for something else recently; it isn’t exactly playing with rocks, but it was part of putting together the largest wall I worked on at Tassajara, below the old bathhouse bathrooms, which had been washed away several times. With some help from a concrete crew – notably Antoine in the background, who was back at Tassajara this last practice period after some years away – I put in a mortared wall below where the hot spring water pipes ran, and then dry stone walling for the rest – the space on the left of the picture. It is almost entirely intact, though I didn’t top off robustly enough in a couple of places.

3 thoughts on “The Monastic Life”