I know that when I wrote the Ino’s Blog, much of the value people derived from it was from having a description of what went on behind the scenes at Zen Center. It was fun to write about how we managed the schedule and the ceremonies, and I was never shy about taking photos on many occasions. As the years go by, I appreciate how sweet it is to have a record of the people who were there at the time; over Christmas I was scanning old photos, and in one case, at Jana’s ordination from around 2001, four of the six people in the picture are dead. So, over the weekend at Zen Center, I continued my tradition of getting unposed shots from around the event.

From the rehearsal on Friday – David arriving at the ‘temple gate’. 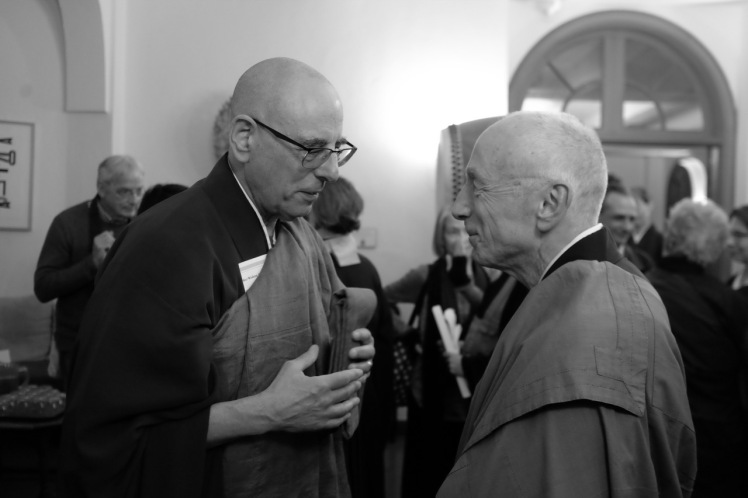 Norman, up from Tassajara, and Steve. 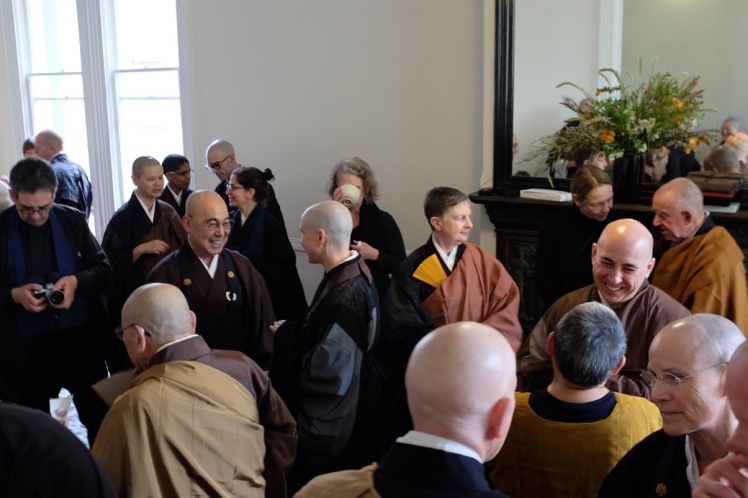 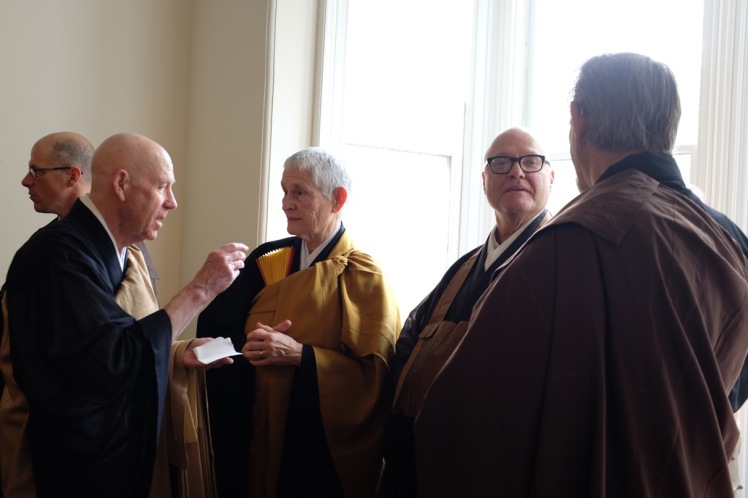 Okay, this one was posed, but three of my favourite people, Rev. angel, Caverly, Tenku.

Reb helped to make sure that Rev. angel’s okesa was perfectly knotted – she had asked me, but I don’t know how to tie one in that style.