As I get used to life outside of Zen Center, one aspect I am enjoying is having a different starting point for exploring the city, especially when I put on my running shoes and head out for some exercise.
I started running regularly in the city a couple of years ago, mainly motivated by wanting to give a good account of myself at the Tassajara No Race to which I had been invited (it is the kind of challenge I relish), but also to get outside more after my days of sitting in the director’s office. I was seeking out unpaved areas, and it surprised me how many pockets of the city I had not discovered in ten years of living here: little open spaces, staircases tucked away on empty streets, the quiet woods of Mount Sutro, the long stretch of Glen Canyon.
Happily my new residence is a little nearer to most of these (though now the Presidio is probably out of reach), being further to the west, where the street grid tends to break down as it meets the hills. Having grown up in a country where some roads are just where the Romans left them, and every street has a name and a history, I am always glad to leave grids behind, though I do appreciate their efficiency and simplicity. A meander is much more to my taste, and climbing hills also, especially when the reward is a grand skyscape such as I used to enjoy from the roof of Zen Center, and a view over whole swathes of the city, the traffic flowing down from the Bay Bridge, the towers rising downtown, the contours of houses in every direction, and of course, eventually, the water that bounds the city. 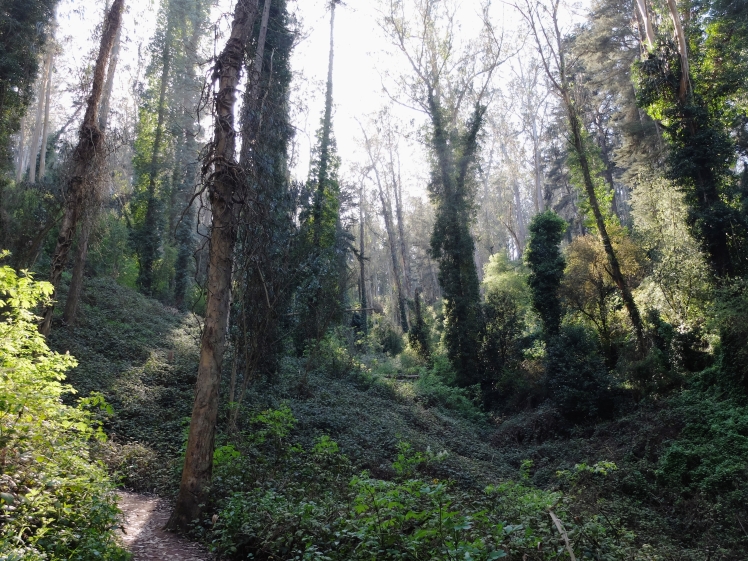 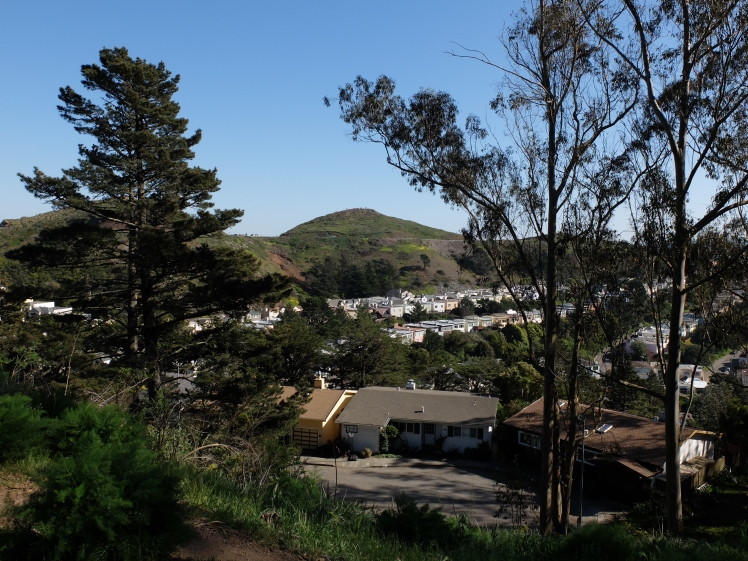 View of the bay from Buena Vista