People still ask me regularly about my meditation practice in my new life. It is true that I don’t sit every day, but usually my teaching commitments have me sitting three or four times a week, which feels like an acceptable minimum right now, as I adjust from having scheduled zazen six or seven days a week. Usually I mention my other forms of meditation – cycling and running – but it occurred to me the other day that for several weeks I had not done one of my other practices: going out for a walk with my camera.
This is something I have done in the city for five or more years – typically, during my Zen Center life, on a free Saturday afternoon. So, on Monday, having some errands to run in the afternoon between preparing for my study group and going to the jail, instead of hopping on my bike, I put on my walking shoes.
The weather was bright, with the same hefty breeze that had featured on Sunday’s ride. As is most often the case, I was looking to see how the sun was meeting buildings, where the interplay of light and shadow was, and which colours looked vibrant.
Being a little rusty, it definitely took a few blocks to loosen up – especially since I started on Market. I find it easier to take pictures on quieter streets, where I don’t have to worry about feeling self-conscious, as I tend to at first. And as often happens, by the time I was on the homeward leg, having chosen not to take a bus that would have dropped me right by my door, I felt that my scrutinising eye was getting a little tired, that some combinations I might have found charming an hour previously did not seem worth the effort. Looking back at the hundred-odd shots I took in the intervening period, I was pretty happy with the results.

Of course, if you fancy a walk in the city this weekend, with or without a camera, there is always the opportunity to join me for Roaming Zen on Saturday afternoon. 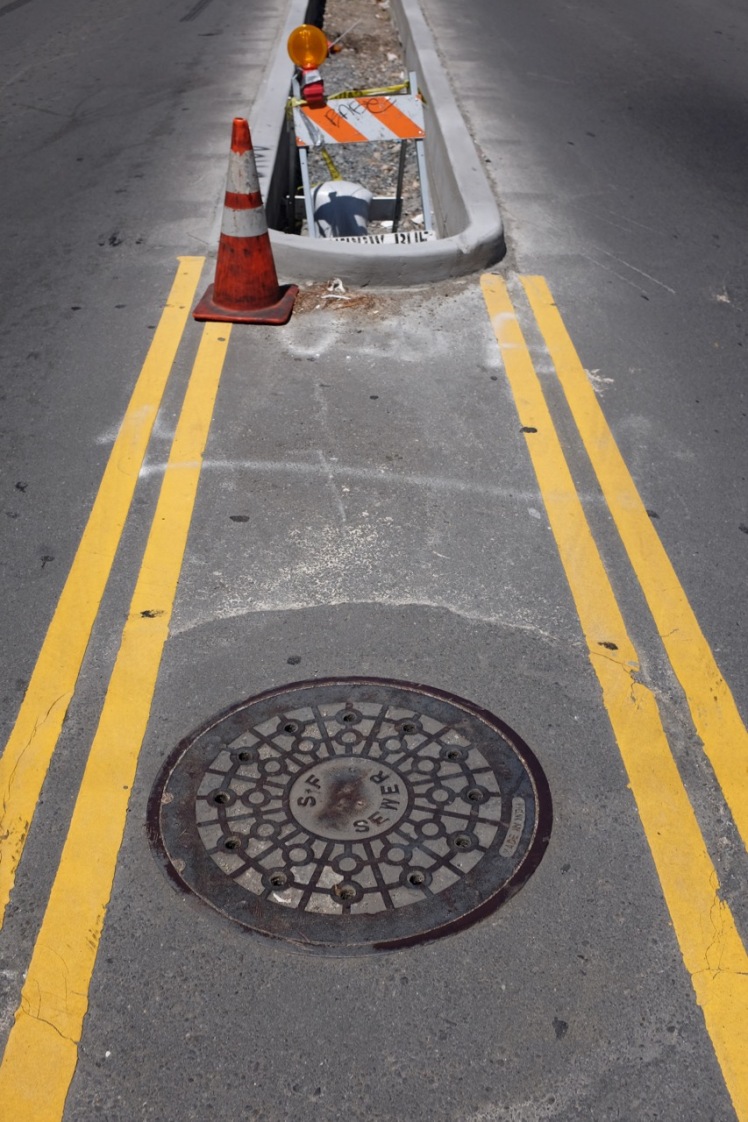