These are the days of fragile sunshine in San Francisco, so I was glad to be able to get out of the city over the weekend. I had two engagements: the first was to officiate a wedding up in the east bay, and then I headed up to Wilbur Hot Springs to offer meditation sessions on Saturday and Sunday.
Everything was lovely except for the traffic: the estimated time after lunch on Friday to get from the city up to the wedding destination was forty minutes; it took an hour and forty to cover the twenty miles, which under other circumstances I could have managed by bike with less stress. I had allowed abundant time to be early, which was just as well, as it kept my stress levels manageable. We didn’t have time for a walk-through of the ceremony, but everything unfolded just as it needed to – there were a few hitches and delays, but all that mattered was that the ceremony itself was very sweet and emotional for those involved.
After I left, I was once again in the midst of heavy traffic on highway 80, which eventually become lighter once across to the north bay, and then very heavy again in the last miles before I turned north at Vacaville. I had hoped to get to Wilbur before dark, which I just about managed, and at least had the joy of driving up the Capay Valley and the Cache Creek canyon as the sun set behind the hills and the moon rose on the other side of the valley.
Wilbur is one of my favourite places to spend time, and it was a treat to be able to offer meditation there; the sessions were well-attended and seemed to be well received by those who came to sit up on the yoga deck with the sound of the creek below us and the breeze in the trees around us. I spent most of my time just sitting on the bathhouse deck, which is a meditation in itself, though I did take myself out for runs on unfamiliar trails first thing each morning before it warmed up.
Then it was just a case of tearing myself away on Sunday afternoon and facing the traffic coming back to the city, which was once again agonisingly slow at times; I was determined not to undo all the relaxation from the weekend, and was glad I was not in any hurry to be back. 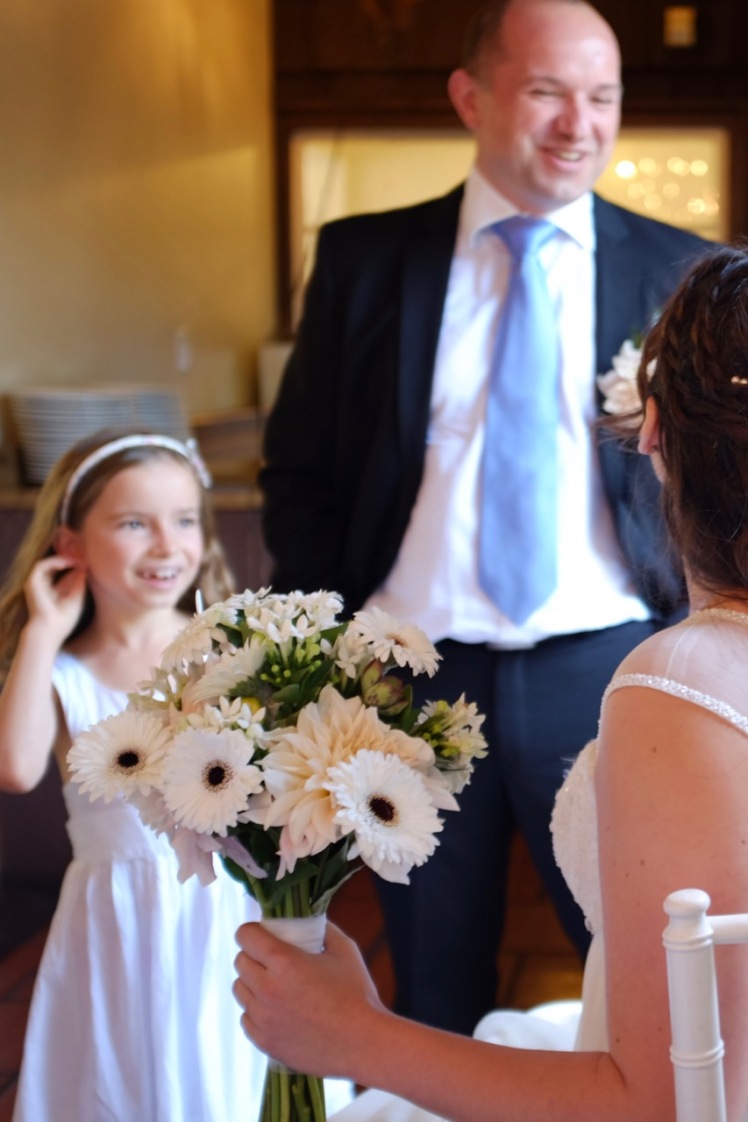 A slightly nervous bride waiting for the off, with her brother and niece from France. 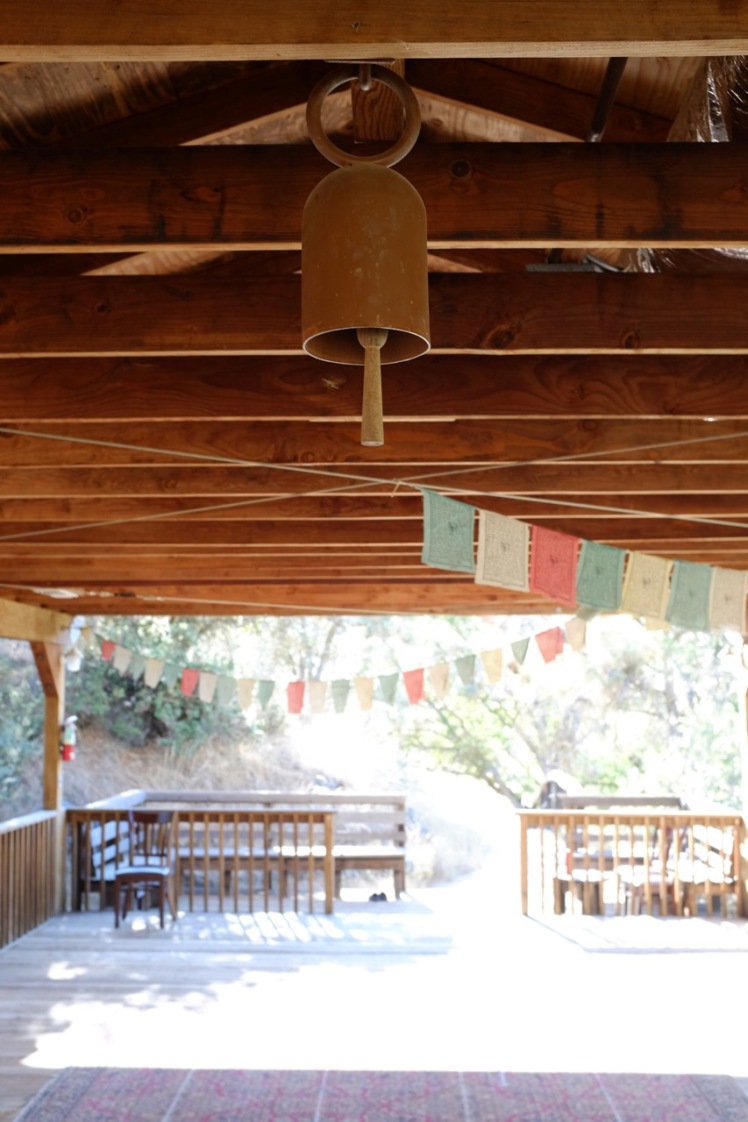 The yoga deck at Wilbur where the meditation sessions were held. 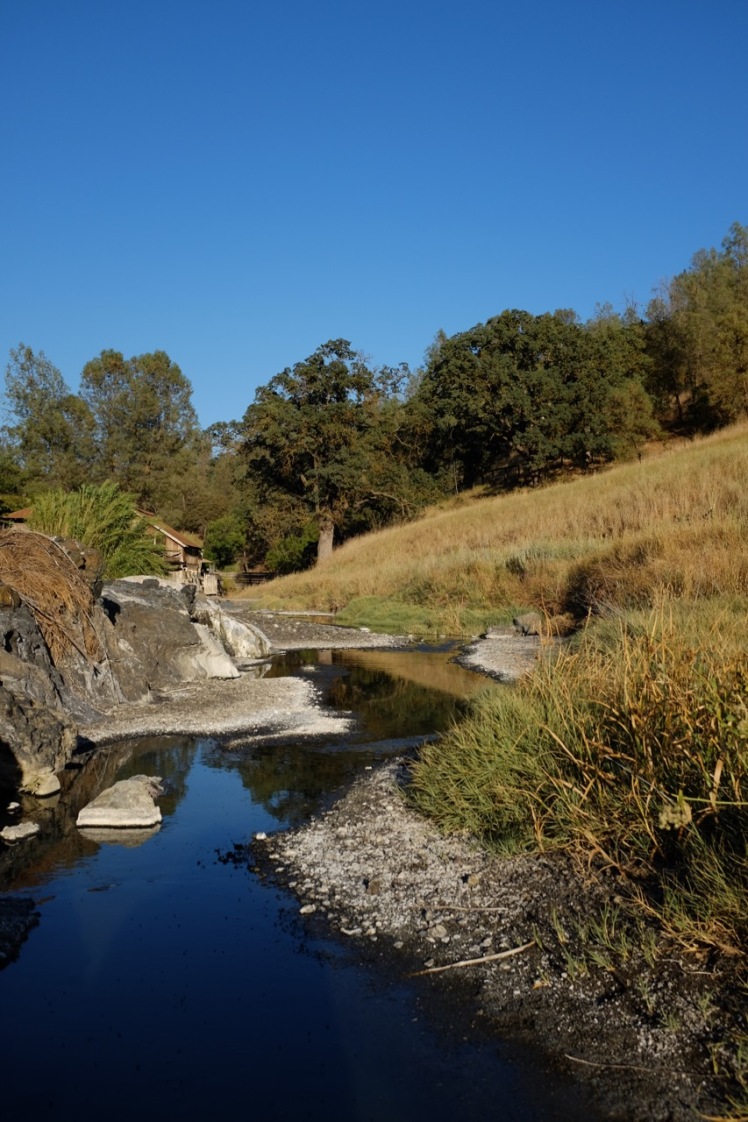 The creek just upstream from the bathhouse at Wilbur.