On the way up to Wilbur last Friday, I could see the first autumnal shades on the hillside – maybe it was just the poison oak in Cache Canyon, but the reds were starting to show. While I was there, the temperatures were a notch lower than the previous two visits, in the nineties during the day – with a little chill in the mornings – and it felt like the last time I would be in such temperatures this year. When I am next there at the end of October I know things will feel very different.
On Friday night the moon rose a steady orange; on Saturday the sky was barely blue, just a hazy brightness, and in the evening, there were no more stars visible than you typically see in the city; on Sunday morning, as I was running along the ridge above the cemetery, the sun came over the lip of Bear Valley as a wan red disc. Later in the day, clouds were visible – perhaps the wind had shifted – and the light brightened. As people left on Sunday afternoon, I lingered at the baths, enjoying the warmth and the quiet as I had all weekend, ready for a last sit.
After the sittings I gave some of my short, rambling talks, with whatever phrases had come to the fore in the silence, ‘settling the self on the self’, ‘like a tiger taking to the mountains’ – having done tai chi with John in the mornings on the bridge where we practised stepping like tigers among other movements. Once again, I wondered afterwards how I had got from my starting point to my ending point, and whether recording these little talks to listen back to them afterwards would end up being rather embarrassing; they are designed for the moment, for the space we are sitting in and the people who are there. I just hope that they helped contribute something to people’s sitting experience. I am mainly happy that people get a chance to sit together as we do when we are there. 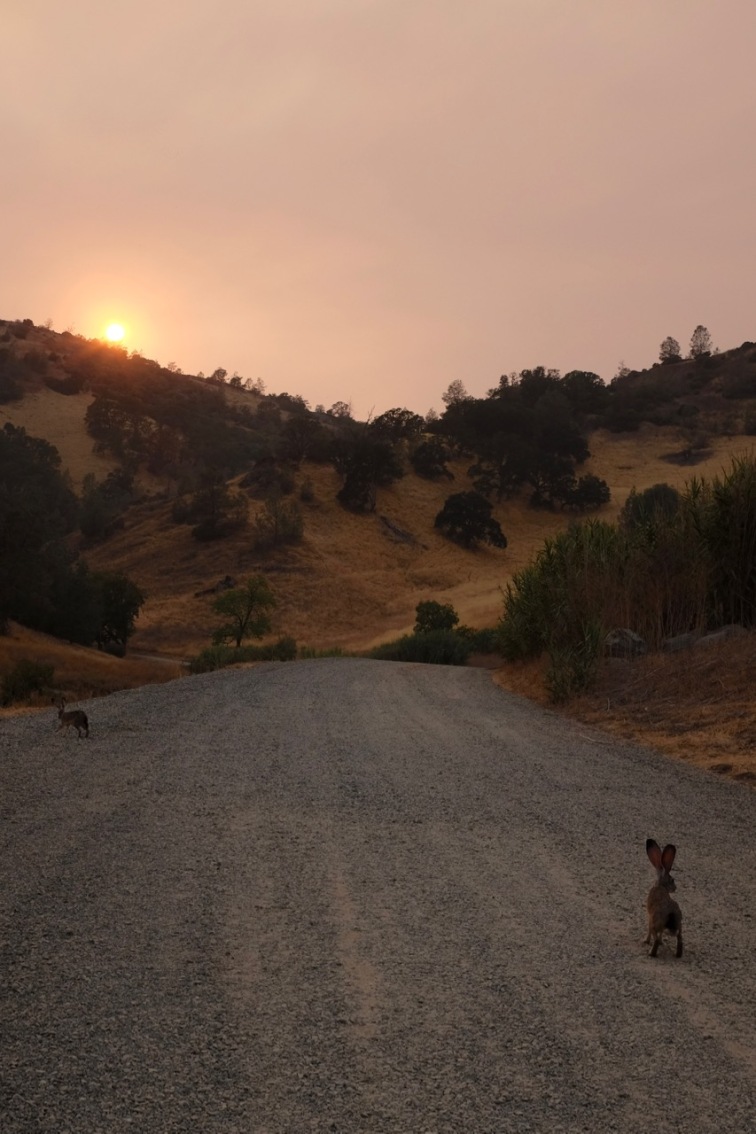 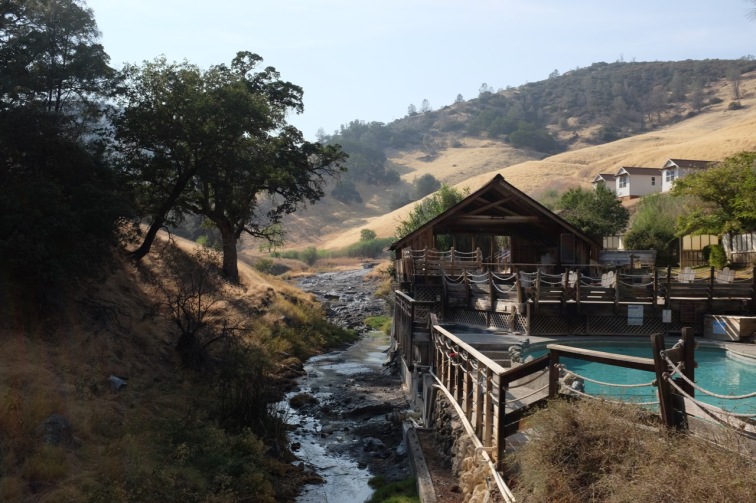 The different light at the bathhouse on Saturday and Sunday 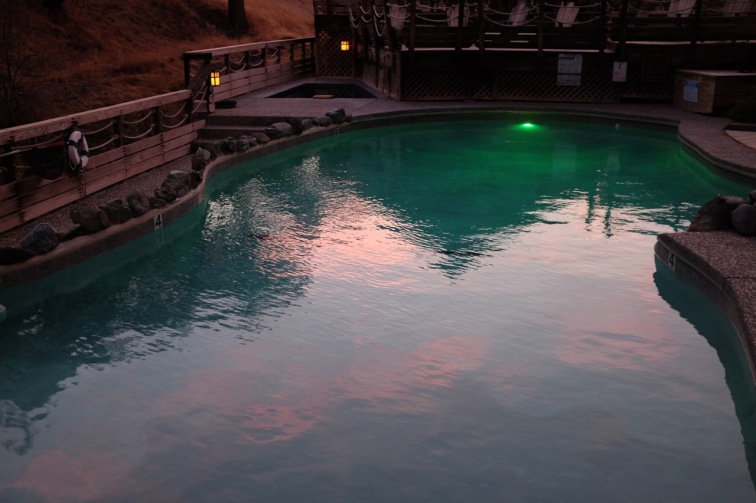 Reflected sunset colours in the pool on Sunday evening

The moment before sunrise on the Bear Valley Road on Monday morning.

2 thoughts on “The Lingering Colours Of Fire”